All Collections
Getting Started
The computational environment
Selecting a base environment

Selecting a base environment

Choose from among a curated collection of runtime environments covering common languages and frameworks.

Written by Shahar Zaks
Updated over a week ago

When configuring a compute capsule, there are a number of
starter environments to select. 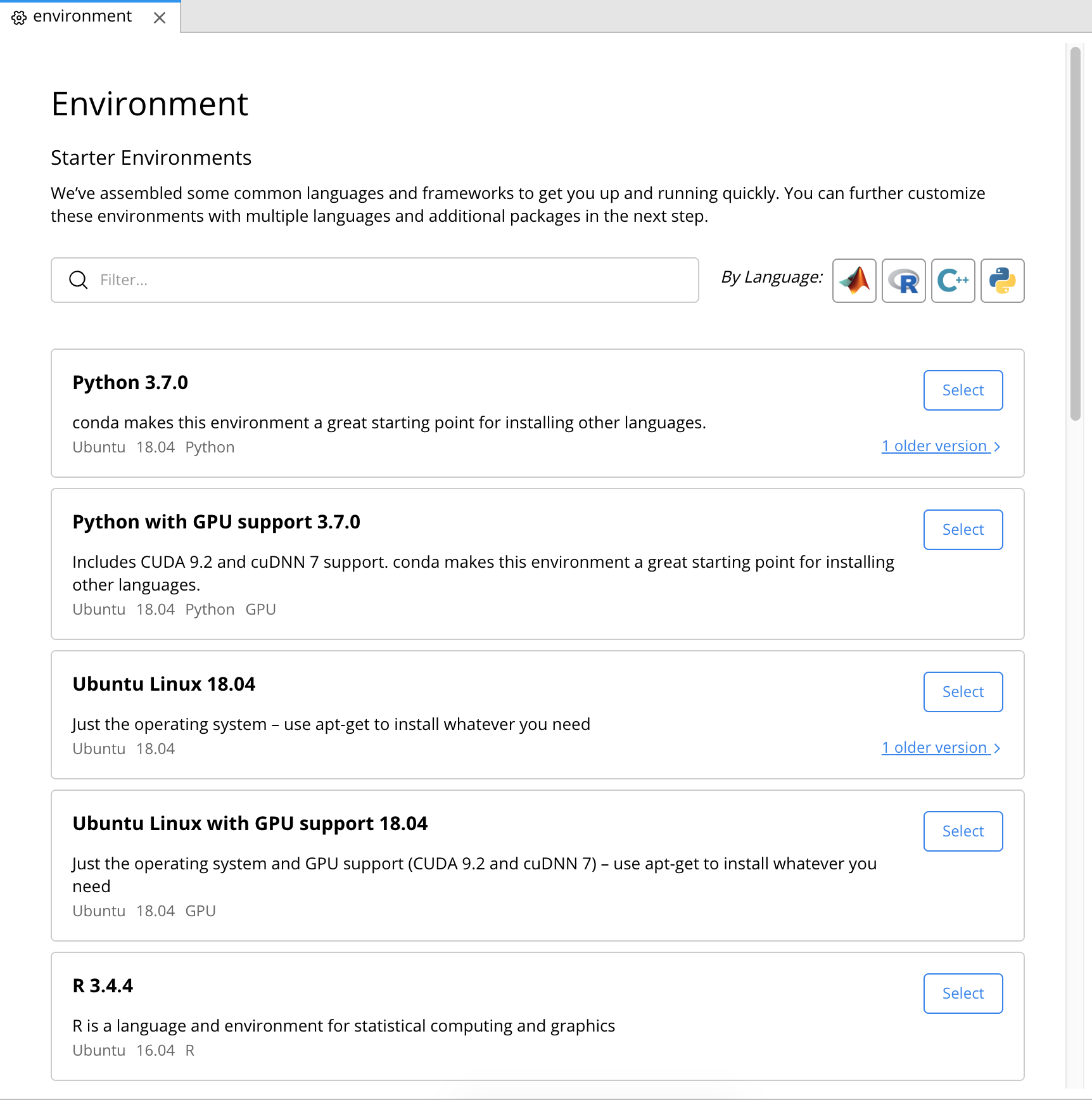 An environment consists of an operating system, for example Ubuntu Linux 16.04 or 18.04 and a minimal set of accompanying packages.

You can start from a relatively blank slate, such as Ubuntu Linux 18.04, or 18.04 with GPU support. This is an environment without scientific programming languages pre-installed and is a good choice for users with Linux programming experience.

Hint: For multiple languages, or a complex workflow, choose a Python environment even if your code isn't, or mostly isn't, Python. As of February 2019, these environments have the Conda installer available, which is the easiest way to install new languages through conda channels.

After selecting an environment, customize it by using the built-in package management system or the PostInstall script.

Switching between different base environments is also how to access a GPU.

Did this answer your question?