Exporting capsules and reproducing results on your local machine

Steps for running code as you find it on Code Ocean locally.

Written by Shahar Zaks
Updated over a week ago

Code Ocean allows authors and readers to download an entire compute capsule. Click the 'Capsule' tab in the menu and select 'Export': 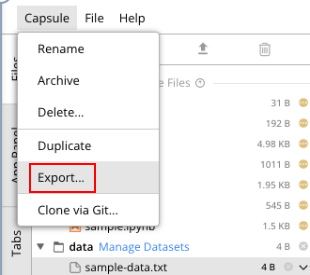 This will prompt a download screen where you can download the environment template, metadata, code, and, optionally, the data. When you unzip this, you will see something like the following (this screenshot comes from a mac): 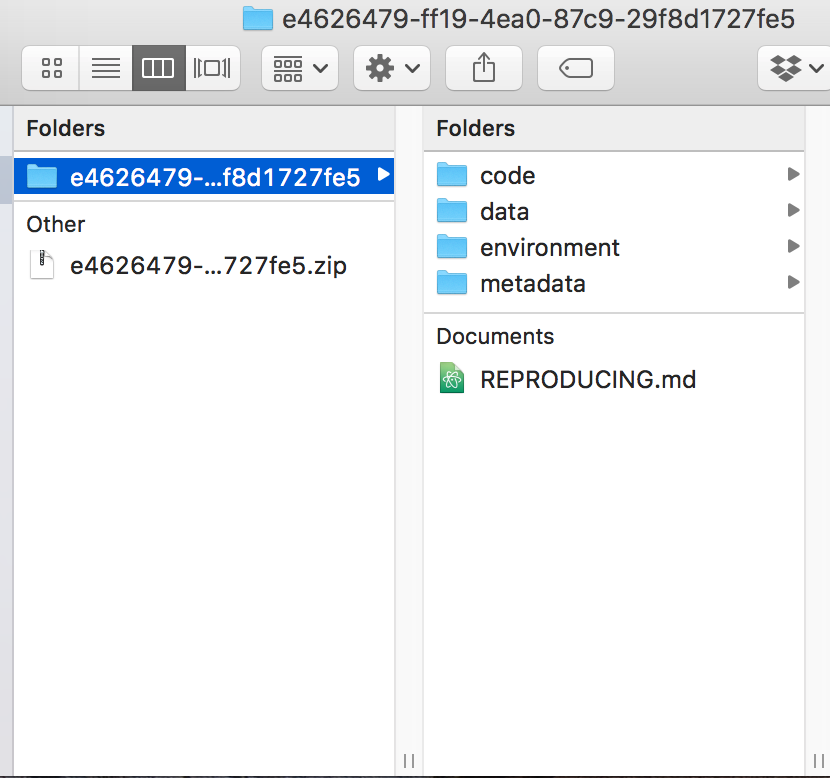 Published capsules will have all of the information in the corresponding capsule's metadata pane.

Dockerfile  is the recipe for rebuilding your capsule's computational environment locally. Each will begin with a line like:

This tells the Dockerfile where to pull the Docker image from.
If the environment has been customized further, there will be more commands like:

A word of caution:

Reproducing your results locally is likely to be less user-friendly than reproducing results on Code Ocean. Docker requires some familiarity with the command line.
Should you run into any issues, please don't hesitate to reach out to us through intercom or support@codeocean.com.

From Docker's documentation, Get Started, Part 1: Orientation and setup.

Carl Boettiger and Dirk Eddelbuettel, " An Introduction to Rocker: Docker Containers for R."

Did this answer your question?